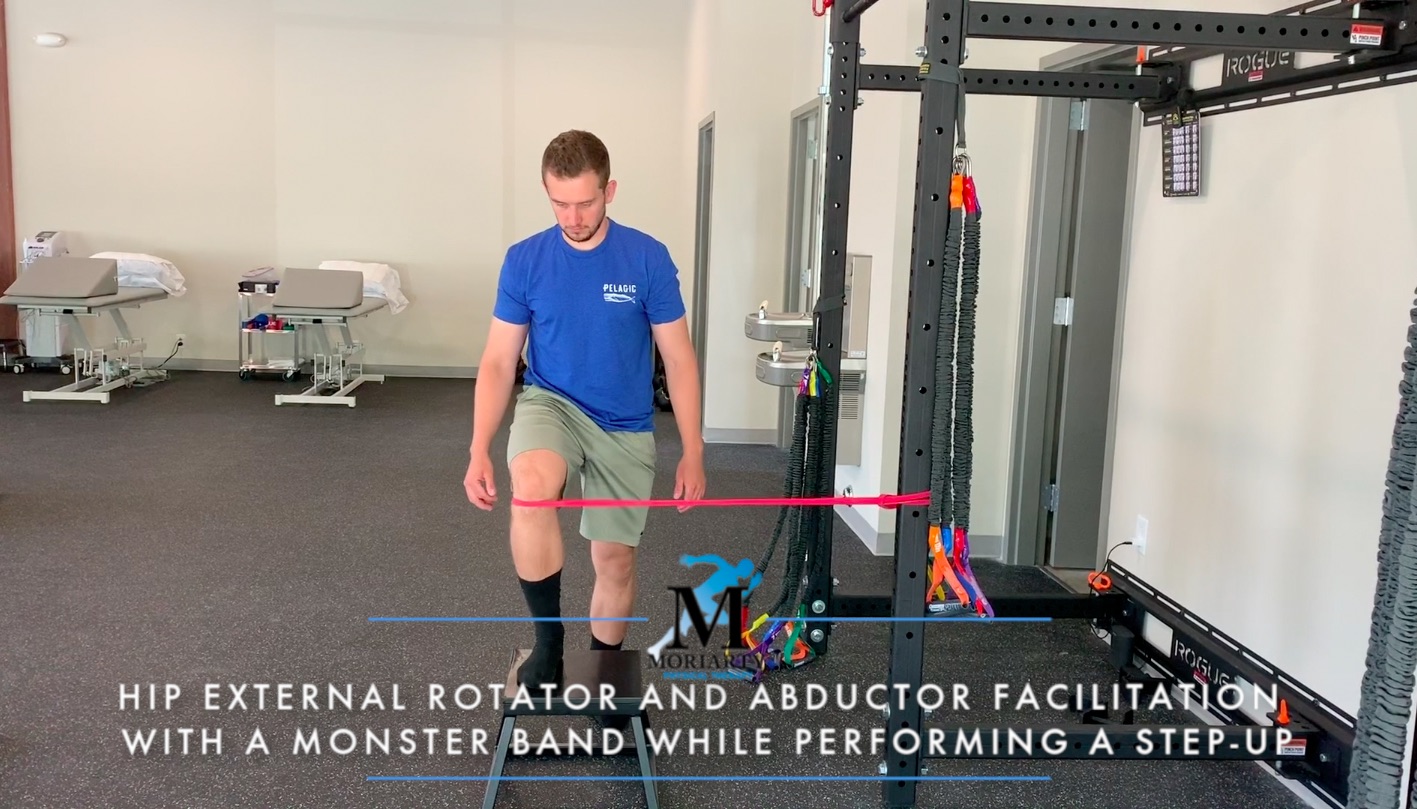 The step-up with Hip ER and ABD Prompting exercise can help promote activation of the hip while performing a step-up and mitigate knee pain. Most often patella femoral pain syndrome (PFPS) or pain in the kneecap of the knee stems from poor activation of external rotators of the hip and hip abductors. This exercise helps wake up these muscles and reduce that sharp pain in the knee while walking up stairs.

One of the most common indications of kneecap tracking issues is knee pain while negotiating stairs or getting up from a chair.  The patella, often referred to as the kneecap, is the largest sesmoid bone in the body.  The primary function of the patella is to act as a mechanical pulley for the quadriceps as the patella changes the direction of the extension force throughout knee range of motion. Additionally, the patella acts as a bony shield for the anterior portion of the femur and prevents excessive friction between the quadriceps tendon and areas of the femur.  Patella Femoral Pain Syndrome (PFPS) is one of the most common diagnosis given to both athletes and non-athletes who experience sharp pain behind the patella while performing squatting activities, stairs, and getting up from a chair.  More often than not, the cause of the pain is not the patella itself, but the forces acting on the structures associated with the knee and the patellas function.  More studies show that weakness in the external rotators of the hip and hip abductors result in abnormal biomechanics of the knee.  The final result is poor movement of the patella and subsequent irritation of the cartilage behind the patella.

This prompting exercise of the hips external rotators and abductors while performing a step-up is stimulating the contraction of  muscles associated with those movements.  The goals is to reduce the amount of valgus collapse of the knee (knee falling inwards toward the other knee) while both stepping up and stepping down from the step.  Although it may seem counterintuitive to have the band pulling the knee inwards, the excessive negative action promotes a positive reaction from the hip.  Repetition of this movement can help reinforce this positive movement of the knee when performing the activity without the prompting.  There are variations of this exercise that can help introduce core stabilization while performing a step up.  Many times we are not just performing stairs empty handed- too often we are carrying work bags, laundry, and other items that may cause the knee and hip to react differently under load. 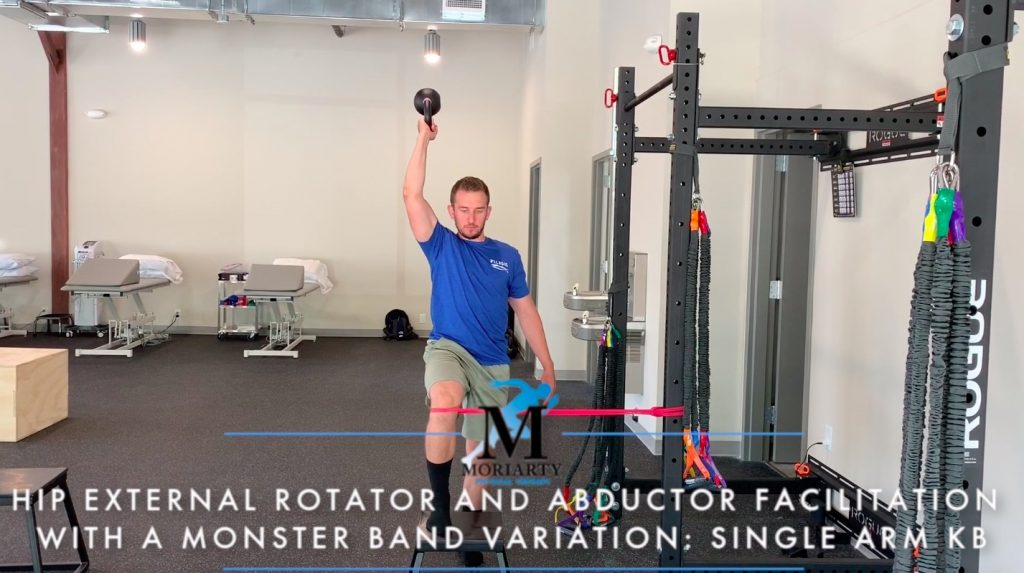